I wanted to introduce y'all to my boyfriend, Steve and I's project car. My boyfriend is extremely good with cars. He has been working on them since he was a little boy. I am a lover of old cars, but I am not  good at all with cars. I honestly have never even changed the oil in my car, well my car burns oil quickly so I do not really see the point really. Despite that point I am not good with mechanics. Steve is going to college to be a mechanical engineer, right up his alley. He loves Volvo. It is his brand, there is even a Volvo belt buckle in his closet that comes our occasionally. We have even talked about moving to Sweden because he would love to work for Volvo. Last summer Steve went a little craigslist crazy. I swear I will find a way to block that infernal site some how. lol.

He found an ad on craigslist for a 1968 Volvo P1800. I can not remember the exact number but it was I believe around $2,500. We went to go check it out and despite the poor condition it is wonderful. I live in GA and it is extremely hard to find old Volvo's. I usually give Steve some trouble for his craigslist finds, but I think that this is going to be the most fabulous car ever. We give all of our cars nicknames. Like Steve has a Military Chevy Truck that we call Bart and my Sebring is called wale-shark. We argued a little on what to call the P1800 but he finally caved and has allowed me to call it Catfish. Catfish had been left at a mechanic/paint shop for 5 years. The previous owner had sanded it down and prepped it for paint. However, the man passed away. The shop had gotten in contact with the family and they did not want it. So it sat there for years. Finally they decided to put it up on craigslist. When we arrived the shop owner told us that they were looking for someone that would take the whole car away. People had contacted him wanting the Weber Carburetor's off of it and some other parts but not the whole thing. So we were in luck! The guys that worked there even joked about using it as a burn barrel! What a waste that would have been. I'm glad we rescued it! It took a whole day to get it on to the trailer. The tires had dry rotted from sitting outside for years. So it took a lot of jerking and cringing on my part to get it on to the trailer. Sadly when we got the car Steve was living at the Fraternity house on campus and so it had to go to Steve's Fathers house. Where it has been sitting outside once again for about a year. Now he lives at a house with a few friends and it has a garage. There have already been multiple cars going in and out of the garage that belong to his room mates. FINALLY there is an empty bay. And I have claimed it. Hopefully, we will be able to move it into the garage soon! I am going to give updates on our progress though out the project. While Steve is in charge of mechanics, I am in charge of interior and appearance. I would really love for the car to be at least semi finished by The Mitty. The Mitty is a road racing event held at Road Atlanta for Classic Cars. It is like a car show on steroids!

I hope y'all will be interested in seeing the process from our poor rusted baby to an amazing car. I know that this is a departure from clothes and make up, but I hope y'all like it!
Do you have a project car? Or What is your dream car? 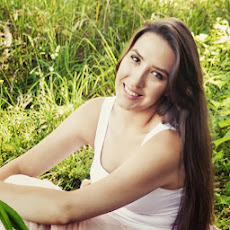